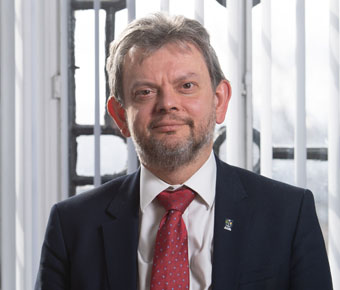 Sir Anton is Principal and Vice-Chancellor, University of Glasgow, since 1 October 2009. From 2007-2009 he was Principal and Vice-Chancellor of Heriot-Watt University. An economist, his research interests are monetary economics, central bank independence, fiscal policy, international finance and macroeconomics. Prior to 2007 he held various roles at the University of Glasgow including Vice-Principal - Strategy, Budgeting and Advancement (2004-07); Daniel Jack Professor of Political Economy (1994-2007); and Professor and Lecturer, Department of Economics (1984-94).

He is a member of the Board of the Scottish Funding Council which provides funding and oversight of Scotland’s Colleges and Universities. He is a Director of USS (Universities Superannuation Scheme), Chair of the Council for Advancement and Support of Education (CASE) Europe, a member of the Board of Glasgow Life, and Chair of the Commission on Economic Growth for the Glasgow City Region.

Back to event description