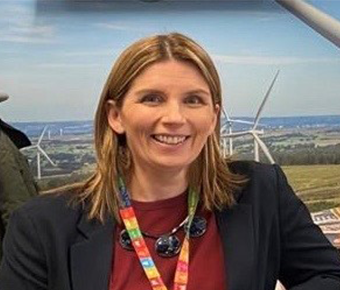 Hazel is Director of Engagement with ScottishPower, part of the Iberdrola Group. Working in the SP Corporate Affairs team, her role sees her liaising with a variety of stakeholders, both internal and external, on all issues of interest to SP, with a particular focus at the moment on how we can achieve a green recovery from the Covid crisis, as well as on ScottishPower’s role as a Principal Partner for COP26, taking place in its home city of Glasgow later this year.

Hazel graduated in Law, with Honours in European Law from the University of Glasgow. During her career, she has spent 10 years working in Brussels. She started in the European Commission’s DG Competition, then worked as a consultant. She returned to the UK and spent 4 years working for the Scotch Whisky Association and then another 4 years with Ofgem, before joining ScottishPower in 2014 as Europe and Scotland Policy Manager. Shortly afterwards, she returned to her beloved Brussels to spend a few years on secondment in Iberdrola’s office there.”