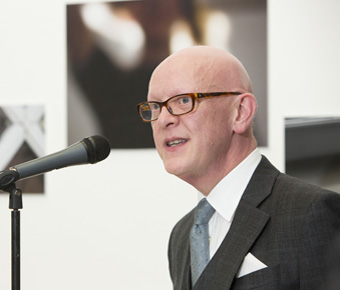 Alan is the Director of Development at The Glasgow School of Art responsible for all fundraising and sponsorship activity supporting the capital and revenue priorities of the School. He is Director of The Glasgow School of Art Development Trust which is delivering the £32m Mackintosh Campus Appeal following the 2014 fire in the Mackintosh Building.

A graduate of the Universities of Glasgow and Strathclyde he has had a successful and varied career in the private, public and voluntary sectors. He joined the Glasgow School of Art from The Royal Zoological Society of Scotland where he was Director of Development and Marketing. Prior to this he was a founding Director of Glasgow Life, having previously led the award-winning Kelvingrove Refurbishment campaign. His earlier career was in public/private sector economic regeneration, and retail management with The House of Fraser.