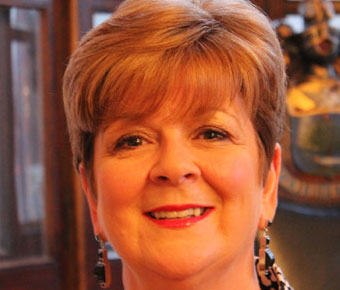 In his blog at the end of last year our Chief Executive, Stuart Patrick, said “Brexit has reminded us vigorously that we have an opportunity to use the international Chamber network so much more than we currently do.” Over the last year we have been working hard to do just that – establishing trade partnerships with like-minded chambers overseas to support member exchanges into each other’s markets. We took a delegation over to Manhattan last November and in May we will welcome Manhattan Chamber members to Glasgow. We have an outward delegation to Milan planned for June and there is much more in the pipeline.

Continuing to build on our international connections we hosted a delegation from the British Slovenian Chamber of Commerce (BSCC) on Monday 27 March, having been introduced to one another by Anne-Marie Martin, Chief Executive of the Council of British Chambers of Commerce Europe (COBCOE).

We began our discussions with BSCC Chief Executive, Barbara Uranjek, back in December and over the weeks the programme for the visit took shape. The visit of the delegation would coincide with Scotland playing Slovenia in the FIFA World Cup Qualifier at Hampden on the previous evening. The result of that match provided opportunity for some lively discussion first thing on a Monday morning. (Revenge may be sweet for Slovenia when Scotland travels out for the return leg in October!)

With the football banter over, the first part of the day focussed on the opportunities for doing business in Slovenia and also gave the visiting delegation an overview of trading with Scotland and, in particular, Glasgow.

Next up was a Premier Packaging workshop delivered by six companies from Slovenia, Poland and Austria who represented glass and crystal producers, closures and precious stone manufacturers including Steklarna Hrastnik, Swarovski and Croxsons.   We had worked in partnership with the Scottish Whisky Association to promote this workshop which attracted around 20 representatives from the whisky distilling industry in Scotland.

For the final part of the day we had organised business to business meetings for members of the delegation to meet with our members with a view to establishing trading relationships.

After a long day of meetings surely no delegation to Glasgow could be allowed to go home without sampling some fine Scottish produce and so with the formal part of the visit over we ended the day at Two Fat Ladies at The Buttery where Ryan James and his staff served up such delicacies as Cullen Skink and Shetland Salmon prompting much discussion around the national dishes of each country. It turns out that as well as having beautiful landscapes in common we also have black pudding!

Our relationship with the British Slovenian Chamber of Commerce has just started and we will be helping them to promote their Sport Meets Business Conference on Monday 9 October – the day after that return Slovenia v Scotland football match.

Useful take-away – Slovenia is the only country in the world that includes the word ‘‘love’!