The Burrell Collection in Glasgow welcomes 500,000 visits as £19.9 million economic benefit for the city is announced | Glasgow Chamber of Commerce 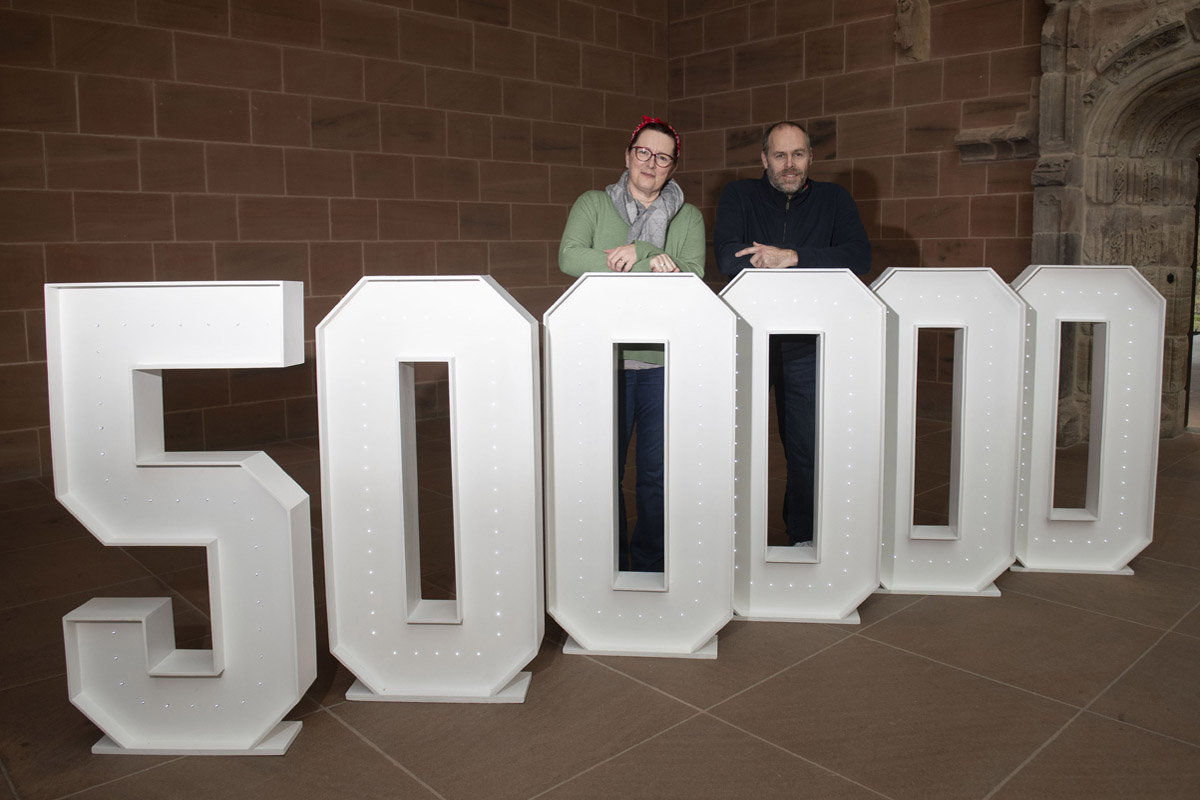 The Burrell Collection in Glasgow welcomes 500,000 visits as £19.9 million economic benefit for the city is announced

The Burrell Collection in Glasgow has welcomed 500,000 visits since it reopened at the end of March 2022 following a major refurbishment, the charity Glasgow Life has confirmed. The world-class museum has proved to be a major draw for citizens and tourists to the city, with initial reports for the six months to October confirming an economic benefit of £19.9 million for Glasgow, and £21.1 million for Scotland.

The A-listed home of The Burrell Collection in Pollok Country Park is a modern, greener museum, displaying one of the finest personal collections of art ever assembled. More than half a million people have visited the award-winning museum in the first nine months, with over three-quarters of those travelling from outside the city, re-establishing its position as one of Glasgow’s great cultural institutions, and a key visitor attraction.

When the Burrell was originally opened in 1983, it marked the start of an ambitious transformation for the city, and a £1.4bn spend on cultural and sporting led regeneration. By harnessing the power of its incredible cultural draw, Glasgow has positioned itself as one of the world’s must-visit destinations. An accolade underscored by the recent Burrell visitor survey, with 88% of people stating, ‘visiting a Glasgow Museum was either very or quite an important factor in their decision to visit the city’.

Bailie Annette Christie, Chair of Glasgow Life said: “To have welcomed 500,000 people to the Burrell since reopening in March is a wonderful endorsement for the ambitious refurbishment of this cherished, world-class museum. Glasgow’s ongoing commitment to culture continues to reap substantial wellbeing and economic rewards for the city. The appeal of the Burrell Collection is reflected in these strong visitor figures. This spectacular home for a unique, prized collection will enable Glasgow to continue promoting inclusion and support for local communities, businesses and the tourism economy.”

Susan Deighan, Chief Executive of Glasgow Life said: “These strong interim results make welcome reading. Confirmation of such healthy visitor numbers at the Burrell, and the huge economic boost this has generated for the city, is growing evidence of sustained interest by international, UK and Scottish domestic tourists and day-trippers. The Burrell Collection is a reminder of culture’s significant contribution to the international appeal and vibrancy of Glasgow and the affection felt by local people for the museum and Collection.

“As the Burrell approaches its first anniversary, we will continue to programme events and exhibitions that will attract local people and tourists in the years ahead. While the changing seasons is likely to draw people back to Pollok Country Park, allowing them to spend more time enjoying this part of Glasgow all year round.”

The reopening early in 2022 was the start of a major new chapter for one of the country’s most internationally significant, sustainable, and treasured museums. In October, His Majesty King Charles, on his first official engagement in Glasgow as monarch, officially opened The Burrell Collection nearly 40 years after it was originally opened by the Queen. After receiving an autumnal wreath from local nursery children, His Majesty enjoyed a tour of the Collection before meeting with volunteers, supporters, trustees, and staff to learn about the scale and sustainability of the refurbishment.

In August the inaugural exhibition to be held at the refurbished museum opened,  The Burrells’ Legacy: A Great Gift to Glasgow charts the collecting and legacy of Sir William Burrell and his wife Constance, Lady Burrell, who donated one of the single greatest gifts to the city of Glasgow.

Sir William and Lady Burrell devoted more than 75 years of their lives to amassing one of the world’s greatest personal art collections, renowned for its quality of Chinese art, exquisite stained glass, and intricate tapestries, as well as its breadth of fine art.

Following the refurbishment, the museum’s gallery space increased by 35%, enabling visitors to see and appreciate much more of the Collection. In total, 225 displays are spread across 24 galleries.

Trustees for the Sir William Burrell Trust continue to acquire new works for the Collection.  In 2021, The Burrell became the first public UK collection to acquire a work by French sculptor Camille Claudel. L’Implorante is the first sculpture by a woman to enter the Collection and is on display for the first time as part of The Burrells’ Legacy: A Great Gift to Glasgow exhibition.

Professor Frances Fowle, Senior Trustee, Sir William Burrell Trust, said: “The Burrell Trustees are delighted that the new-look Burrell Collection has already attracted so many visitors, both local and international. This is testament to the quality of the collection, which has been imaginatively redisplayed and reinterpreted in a magnificent, state-of-the-art museum that offers something for everyone.”

Nearly half of the funding for the £68.25 million project was committed by Glasgow City Council, with more than a quarter coming from the National Lottery Heritage Fund, and significant donations from The Scottish Government, the UK Government, and from many generous trusts and private donors.

Eilish McGuinness, Chief Executive at The National Lottery Heritage Fund, said: “The Burrell Collection was one of the greatest gifts ever given to a city and the seed that helped Glasgow grow into the thriving cultural centre it is today. It’s wonderful news that, with the help of National Lottery investment, this much-loved museum is back on the world stage, flourishing once again. The impact of investing in our heritage and culture cannot be underestimated. Not only does it boost the national economy it benefits the local economy through tourism, education, and skills and, like the Burrell, is a source of huge affection and pride for those that live there.”

The reimagining of The Burrell Collection has won many awards since reopening in March, including most recently both the Culture and Heritage Award at the prestigious Architects’ Journal Architecture Awards. The refurbishment has also brought new visitors to Glasgow’s largest green space to enjoy a full day out in its spectacular home in Pollok Country Park.