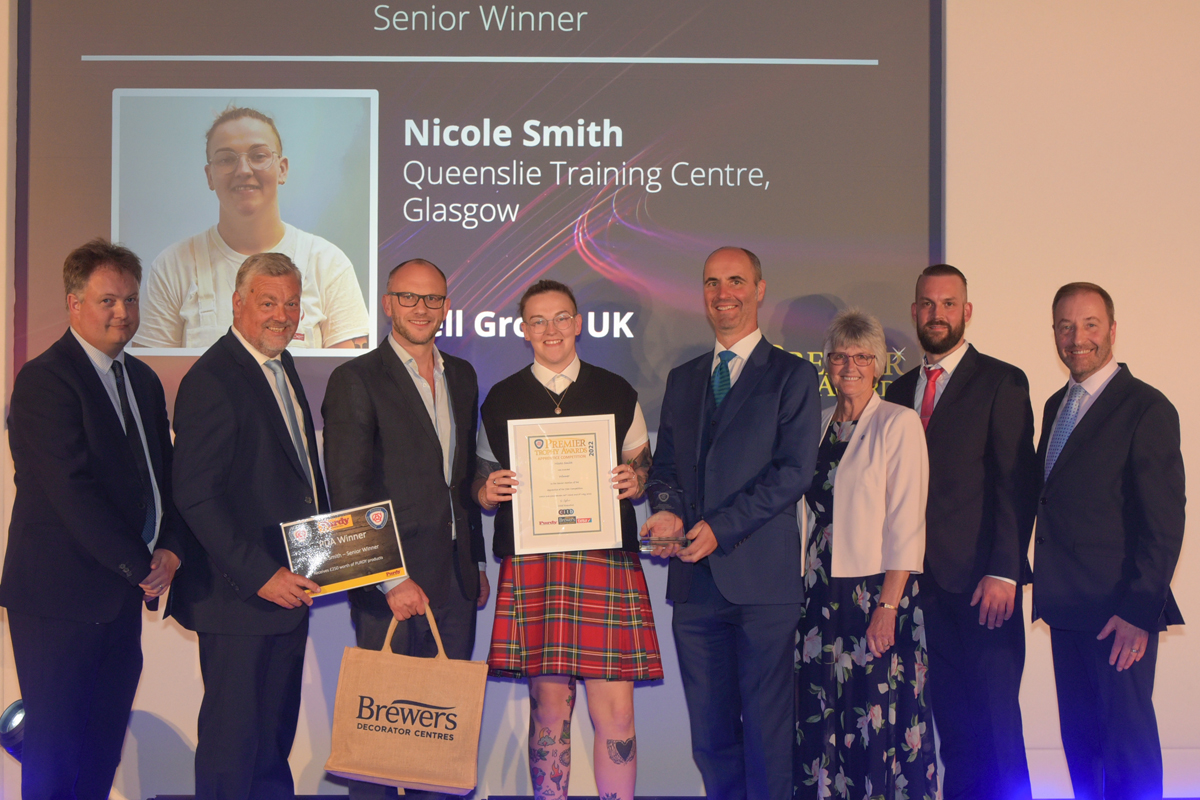 A painting and decorating apprentice studying at City Building’s Training College at Queenslie, Glasgow, has been named Apprentice of the Year by a national trade body.

Nicole Smith, who works for Bell Group, was named winner of the Senior Apprentice of the Year competition at the annual Premier Trophy Awards hosted by the Painting and Decorating Association (PDA).

Nicole tackled a gruelling six-hour painting challenge earlier this year, and was judged the best of 16 senior apprentices who took part in three regional heats.

Designed as a test of stamina and skill, the competition was judged by PDA Chief Executive, Neil Ogilvie and Ann Cook of the Association of Painting Crafts Teachers.

Ann Cook said: “Congratulations to all the competitors and particularly the prize winners who produced ‘just that bit extra’ when working under pressure.

“The apprentices conducted themselves professionally and were a credit to both their employers and training providers.”

The Junior and Senior winners of Apprentice of the Year are announced at the PDA’s Premier Trophy Awards ceremony held at Plaisterers’ Hall, London.

Neil Ogilvie said: “The competition heats challenge apprentices with a complex painting project, to be completed within six hours, that demands precision and perseverance.

“Nicole has done incredibly well to be named Senior Apprentice of the Year and has represented Bell Group and City Building’s Training College with professionalism and pride.”

The PDA is the UK’s largest trade body for the painting and decorating sector. For more information, or to find a PDA member near you, visit: www.paintingdecoratingassociation.co.uk

Pictured: Nicole Smith is named Senior Apprentice of the Year at the Painting and Decorating Association’s Premier Trophy Awards.