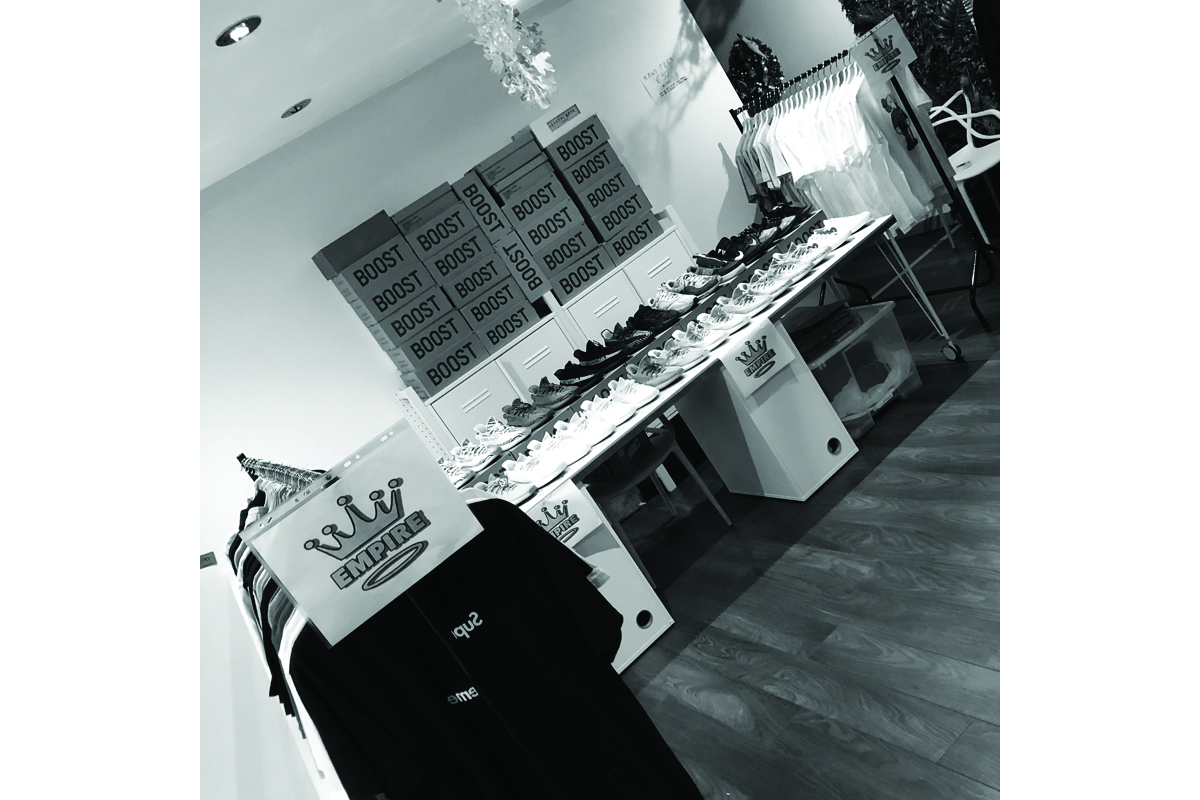 Princes Square is delighted to announce a new retailer, Empire exclusive shoes and streetwear brand, which will open on the ground floor of the iconic shopping mall for a 10 week pop up from Saturday 30 October 2021.

Empire is the brainchild of Taylor McNeillie, an 18-year-old aspiring entrepreneur from Kilmarnock.  Since launching in March 2019, Empire has quickly grown to become one of Scotland’s largest suppliers of exclusive shoes and streetwear and will open their first store for the festive season at Princes Square.

From Kanye West’s brand, Yeezy to Nike Air Jordans, rare Nikes and Dunks, Empire has a huge range of must-have styles in stock, or if customers are looking for something more specific – they can help hunt down the perfect pair. They also stock cult streetwear brand, Supreme.  From a young age, Taylor was always fascinated by business and making money.  At the age of 12 he had his first taste of re-selling shoes with the original Yeezy which was released in 2015.  He paid £150 and then sold online for triple the price. In March 2019, Taylor launched an Instagram page which was an instant success with thousands of followers in the first few months. Later that year, Empire did pop ups in Merchant City with over 300+ people queuing up and 200 items selling out within two and a half hours. This convinced Taylor that opening a sneaker store was the next step for Empire.

Commenting on the new store opening, Taylor said: “I have been working every day to provide the fastest and most reliable trainer service in Scotland and now, with over 4000 happy reviews, Empire has the largest reputation in Scotland. This Winter, I wanted to do something special and chase my dream of opening a sneaker store.  I have teamed up with Princes Square to bring a 10 week pop up shop selling some of the world’s most popular and exclusive trainers.”

Katie Moody from Princes Square commented: “With luxury sportswear being so popular and trainers now a staple in every wardrobe, we’ve been on the look-out for a brand like Empire for some time now. When we heard Taylor’s story, how he has built the brand online and his ideas for the future, we wanted to give him the very best start in retail with a store in Princes Square.”