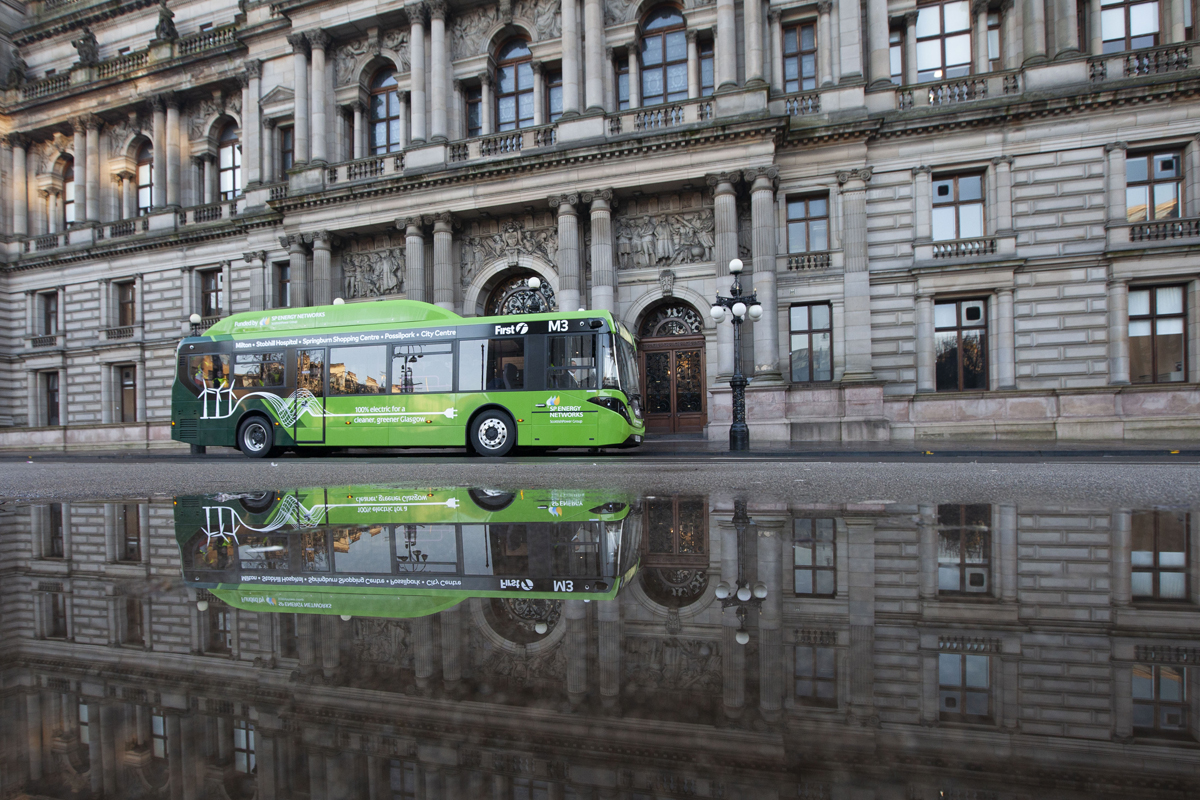 Glasgow will see a £59 million fleet of new electric buses on the roads by March 2023, as the result of a successful bid in Transport Scotland’s latest round of Scottish Ultra Low Emission Bus (SULEB) funding.

First Glasgow has been awarded £24.3m with First Bus committing to spend a further £35.6m. The investment brings a further 126 electric single and double decker vehicles to the city, adding to the 22 new electric buses already scheduled to appear in Glasgow’s streets before the COP26 climate change conference.

First Bus previously announced it would operate a zero-emission bus fleet by 2035, as well as pledging not to purchase any new diesel buses after December 2022.

The collaboration with Transport Scotland will not only help First Glasgow replace 126 of the oldest buses in its fleet with new zero emission buses; it will also help transform their Caledonia bus depot on the south side of the city centre.

The investment will see it converted into one of the UK’s largest electric fleet charging stations, with the potential for more than 150 vehicles to be recharged at a time.

Andrew Jarvis, Managing Director for First Glasgow, told the Glasgow Times: "We have led the way with bus operators in Glasgow as a key partner of Glasgow City Council for the country’s first ever Low Emission Zone rollout and this latest announcement helps us to deliver shared objectives and make up lost time due to the pandemic."

“It’s a real success story that these buses will be built by ADL in Falkirk – supporting jobs in bus manufacturing and benefitting the wider economy before they enter service for communities across Glasgow."