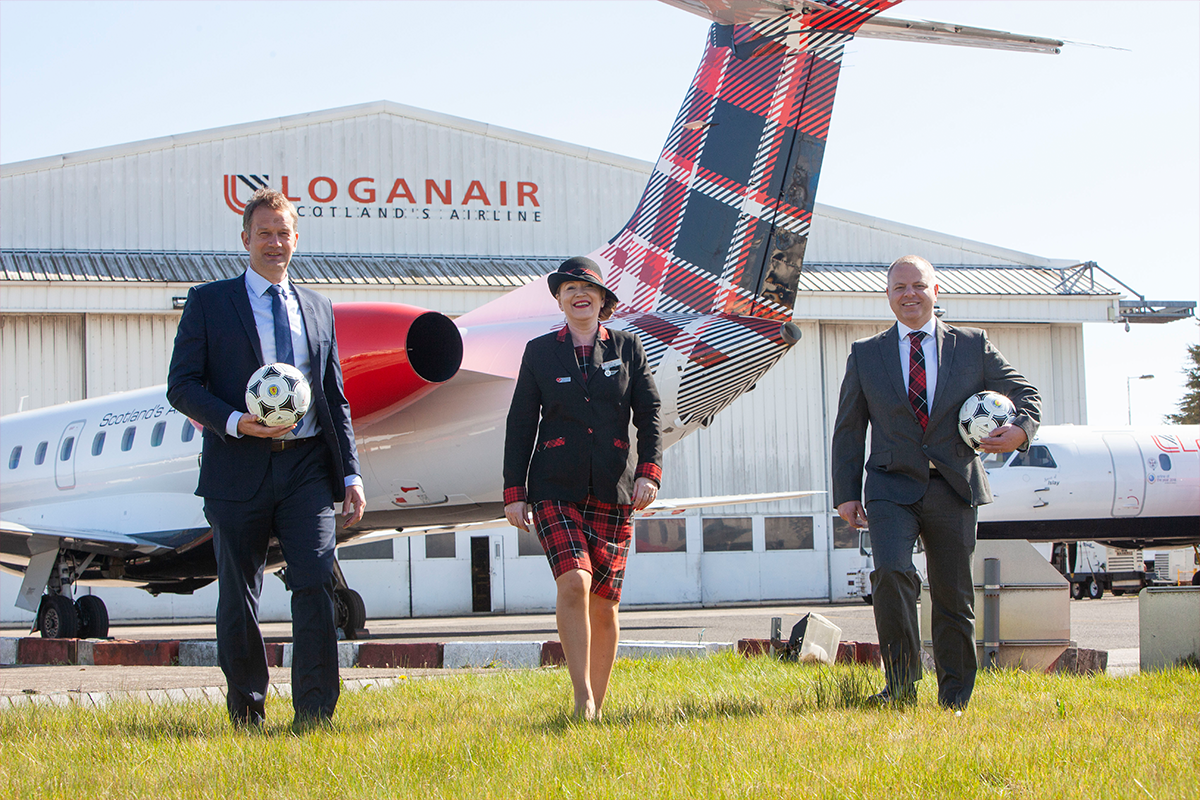 With less than 50 days to go until the start of UEFA EURO 2020, the Scotland National Team ramped up preparations by confirming Loganair as its Official Airline Partner for the tournament.

Glasgow-headquartered Loganair, the UK’s biggest regional operator, will fly the squad of players and backroom staff to their matches.

Scottish FA Chief Executive Ian Maxwell came to Glasgow Airport to get early sight of the tartan-tailed aircraft that will carry Scotland’s EURO heroes to their dates with destiny.

It was revealed at the weekend that the Scotland team will be based at five-star Rockcliffe Hall near Darlington on Teesside, preparing for the tournament at Middlesbrough FC’s nearby Rockcliffe Park training ground.

Loganair has a base just eight miles away at Teesside International Airport. From there manager Steve Clarke’s side will be whisked to Glasgow for the Group D matches at Hampden against the Czech Republic and Croatia on June 14 and 22, and to London for the crunch game versus England at Wembley on June 18.

The top two countries in each group qualify for the last 16, but qualification is also possible as one of the best third placed teams. The last 16 and subsequent rounds are being played at venues throughout Europe in this special tournament to celebrate the 60th birthday of the European Championships.

Loganair Chief Executive Jonathan Hinkles said: “We are Scotland’s Airline and we are privileged to fly the Scotland team to its first major tournament since 1998. With fans allowed for the first time since the pandemic began, excitement is building for this summer and we are proud to play our part.”

Scottish FA Chief Executive Ian Maxwell said: “The past year has been tremendously difficult as a result of the pandemic, but Scotland’s qualification for EURO 2020 gave the entire nation a welcome boost. We truly hope that everyone in Scotland gets behind the team and we are extremely grateful to be able to count on the support of Scotland’s Airline Loganair for the tournament.”

This is the second time Loganair has been trusted with carrying a Scotland national team to a big tournament, having flown the Scotland Women’s squad to France for the World Cup in 2019.