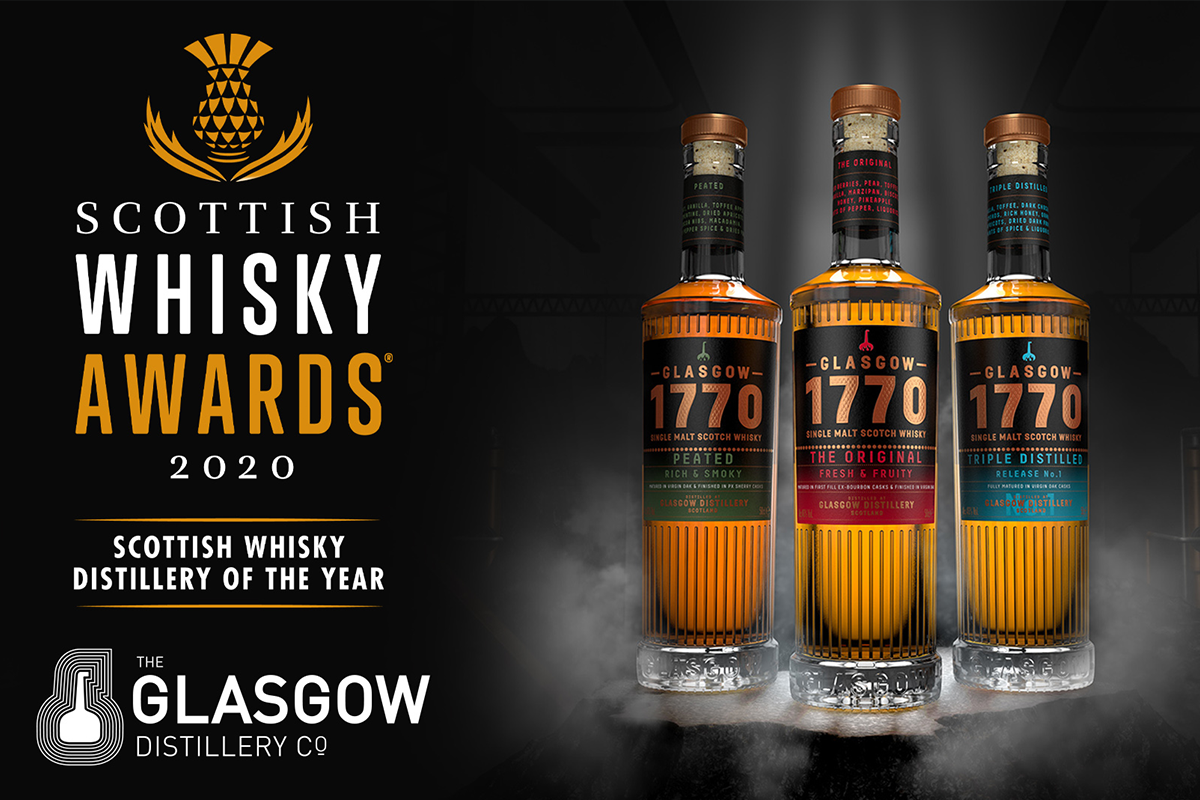 The winners of the annual Scottish Whisky Awards were revealed last night via a live digital broadcast awards ceremony, where guests waited with baited breath to find out who would be crowned the crème de la crème in the world of Scotch Whisky.

The team behind Glasgow Distillery were praised by the judging panel for great progress in product development, marketing and securing a range of new international deals.

As well as scooping up the most prestigious award of the night, the distillery’s Glasgow 1770 Single Malt Scotch Whisky and recently launched Malt Riot Blended Malt managed to capture the attention of the 32-strong judging panel consisting of some of the world’s foremost experts in Scotch, taking home two gold medals in the blind ‘Taste’ categories.

“We really are over the moon to have won Scottish Whisky Distillery of the Year and two gold medals in the taste categories.

“We are very humbled by our Gold medal win for Glasgow 1770 Peated Release No.1, particularly after hearing that it won the toughest category of the entire competition, with an astonishing thirty one single malts competing for the same spot!

“We are equally as pleased that our recently launched Malt Riot Blended Malt won a Gold medal in its own taste category, particularly as the brand has had an undeniably interesting introduction to the world having been launched at the height of a global pandemic.

“The quality of talent, not just from the winners, but from those who were nominated as finalists clearly demonstrates the strength of the Scotch Whisky industry today and we are so proud to play our part in something that is so loved and respected around the globe, not just here in Scotland.”