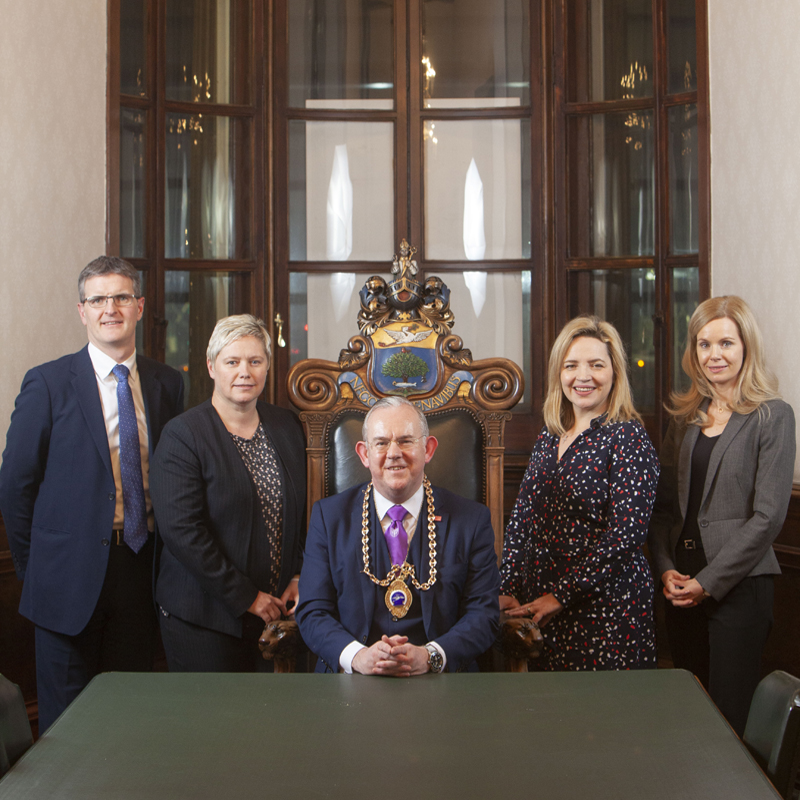 Glasgow Chamber of Commerce, at its AGM, has elected Paul Little, Principal and CEO of City of Glasgow College, as its new president for a two-year term.

He succeeds Jim McHarg, HR Director at Trillium Flow Technologies. His deputy for the term is Gillian Docherty, CEO of Data Lab, an organisation which helps Scottish industry innovate through data science and artificial intelligence.

The Chamber also added Carol Henry, Arnold Clark's Group People Director, to its board of management, and elected three new directors to its ruling Council.

Paul Little said: "It's an honour to be asked to be the President of Glasgow Chamber of Commerce, following in the footsteps of Jim and his predecessors in the hard work they have all done.

"I would pay particular tribute to Jim’s contribution in supporting the Chamber’s international trade work. He has personally represented the Chamber in Germany, Italy and most recently on the Chamber’s mission to Shanghai. He has also taken on responsibilities with the British Chambers of Commerce, chairing the Scottish Regional Assembly. It is also under Jim’s leadership that the Chamber initiated the creation of a new positive Glasgow Business Story in partnership with Glasgow Airport and Glasgow City Council.

He added: "The Chamber faces into an extraordinary year with justified confidence. COP26 will dominate the agenda in the city this year and I am keen that the Chamber is fully involved both in informing members of all the practical issues that will arise from such a large event but also in helping members to communicate to the world their excellent work in tackling climate change. We will certainly be continuing our emphasis on the circular economy - encouraging a city-wide strategy, working directly with Glasgow companies.

"Expansion of the Chamber’s work on international trade will also continue this year with missions being planned to Germany, Italy, the United States and China, working in association with SDI and the Scottish Chambers of Commerce. With Brexit always in mind, we have a much bigger team working on trade certification and I hope to see Glasgow Chamber working closely with British Chambers of Commerce to launch new services.

"I am especially keen that the Chamber maintains its healthy relationships with Team Glasgow. A refreshed Glasgow Economic Strategy will be published with investment in Innovation Districts, the delivery of the Connectivity Commission and the growth of new and well-established industries all likely to feature. We also have much work to do to help the city centre respond to the rise of online trading and we will make our contribution to a revised City Centre Strategy.

"I am also eager that the Chamber supports the proposal announced by Derek Mackay to give a major boost to the ongoing redevelopment and revitalisation of the River Clyde. We have called for a second round of City Deal funding and the Cabinet Secretary’s initiative could be the opportunity to make that happen.

"We will continue our work in championing Glasgow’s Business Story, helping to maintain and distribute the Glasgow bragging book to help our members attract investment and trade to the city."

Little paid tribute to James Andrew, retiring after 14 years of service, including two years as President from 2010-12, saying he played a central role in shaping the Chamber of today.

Glasgow Chamber chief executive Stuart Patrick said: “In Paul Little and Gillian Docherty we have a highly-experienced pairing at the helm. Paul has masterminded the creation of Glasgow’s very successful supercollege, which has quickly become a vital part of the city’s further education offering, and Gillian heads up a company at the heart of an industry vital to the future of Scottish business."