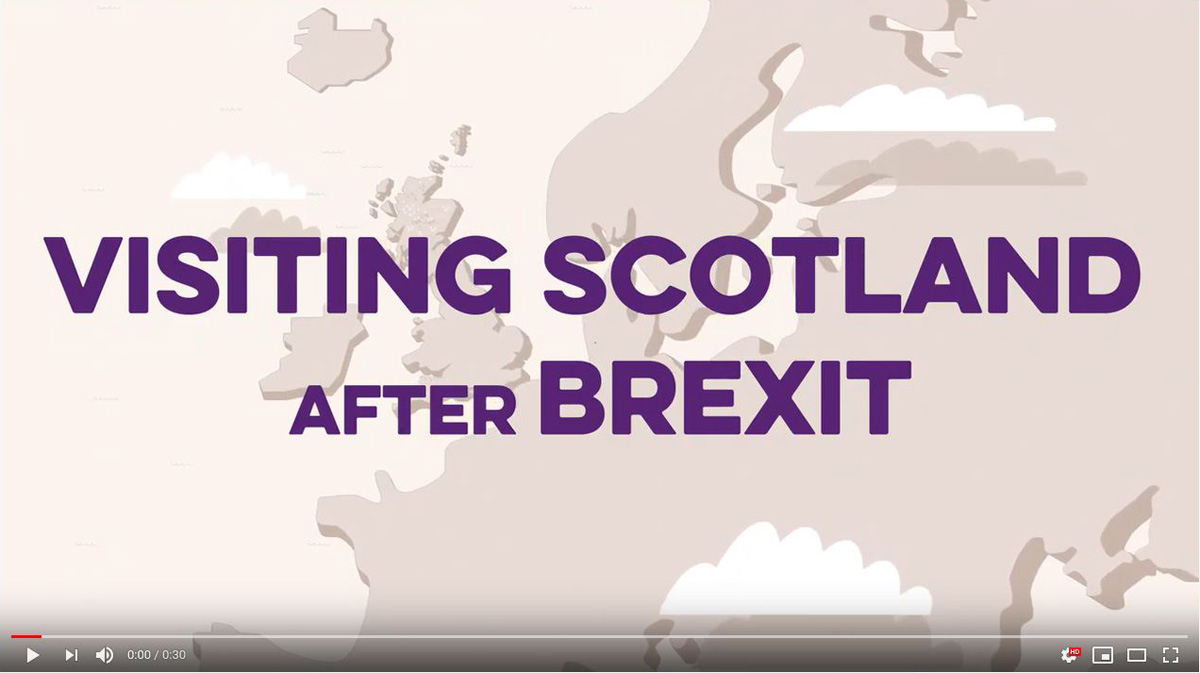 VisitScotland is ensuring that European visitors aren’t put off coming to Scotland because of uncertainty and misinformation around Brexit.

The tourism organisation’s European marketing team has created a video with up to date information for EU citizens planning to travel to Scotland before and after 31 October.

The video, created in six languages, covers some of the most frequently asked questions regarding travelling to the country post-Brexit with helpful advice showing the differences whether the UK leaves with or without a deal.

The national tourism organisation’s film gives tips on everything from passport and border control, visas and driving licenses to customs tariffs and travel insurance and will be hosted on VisitScotland.com from 3rd September.

Following feedback from the tourism industry and their concerns that there was a lack of concrete information around about post Brexit travel, VisitScotland wanted to create an informative video to counter these concerns.

Both tourists and business travellers to Scotland will find informative advice as well as links for more information on specific issues and the film will be updated as the situation evolves in the lead up to Brexit.

“Our European visitors are incredibly important to us, so it is important we help them stay as informed as possible before they visit Scotland after Brexit. We feel this video will help visitors with some of the key updates in travelling here so they can plan appropriately, however one thing that definitely won’t change is the warm Scottish welcome.”

Europe provides six out of Scotland’s ten key tourism markets with 1.6 million EU residents visiting the country in 2017, generating £956 million to our economy. The video will be produced in French, German, Italian, Dutch, Spanish alongside English to be as accessible as possible to all European markets.