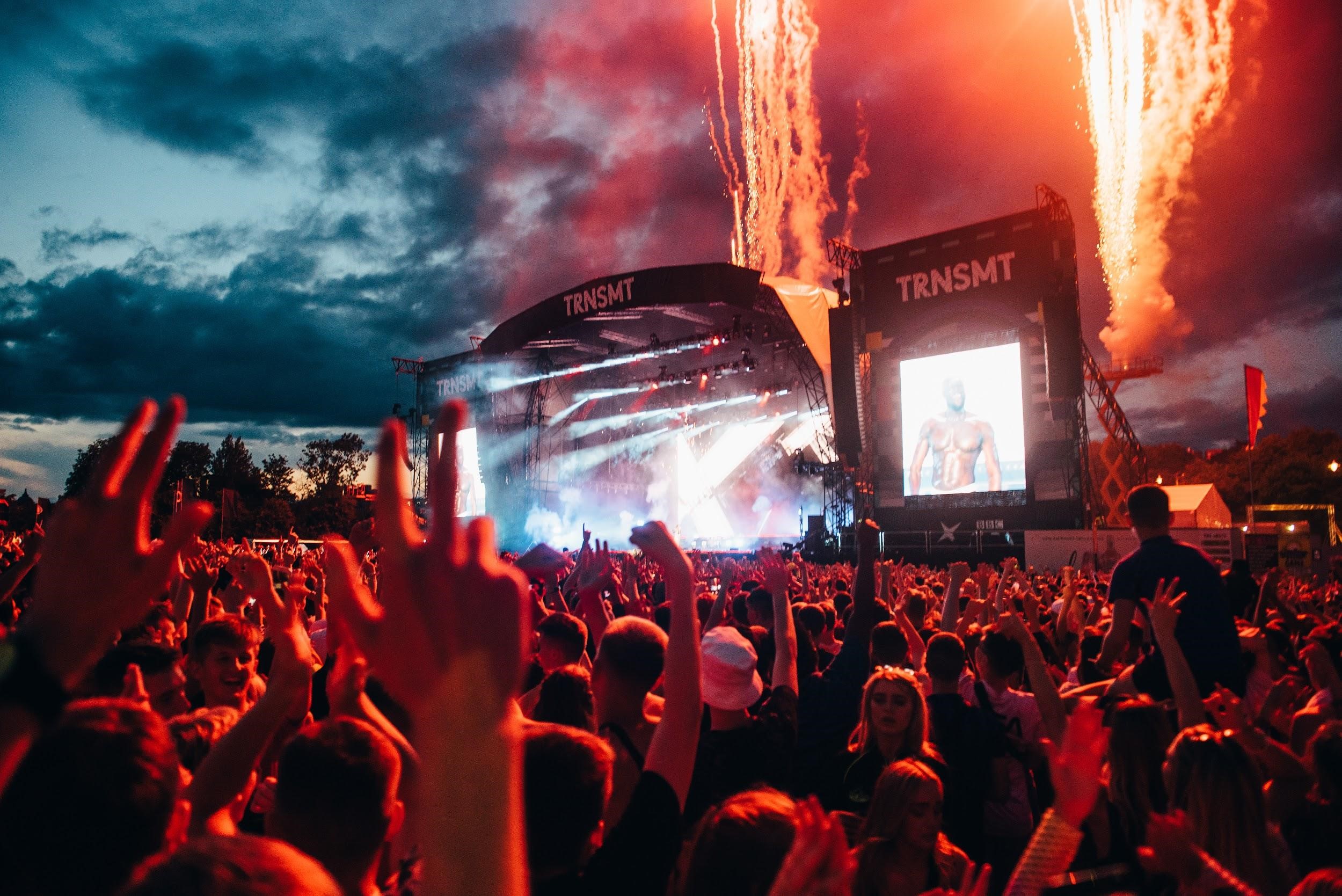 After three incredible years in Glasgow Green, TRNSMT stands tall as one of the UK’s biggest and best festivals - pulling together worldwide superstars and the most exciting artists in the UK for an unforgettable weekend in Glasgow Green with the greatest crowd on the planet.

Joining a star-studded roll call of famous performances over the years, 2020 promises to be packed with undeniable festival moments - with homegrown favourites and blistering breakthrough names alike making their mark on Glasgow Green as Lewis Capaldi, Courteeners and Liam Gallagher bring top-draw headline performances to the heart of the city.

“The response that we’ve had to TRNSMT since we launched in 2017 is amazing to see. The fact that it has become such a pillar of the UK festival scene every year is testament to the incredible music fans that we have here in this country. We’re delighted that TRNSMT 2020 will host the major UK festival headline debuts from global superstar Lewis Capaldi and indie favourites Courteeners, plus the return of the legend that is Mr. Liam Gallagher.

With a varied line up and many more acts to be announced in the new year, plus several fun activations as always, along with a wide range of drinks and scrumptious artisan food to suit all tastes, we can’t wait to welcome 50,000 music fans per day to the heart of this cultural capital that is Glasgow.”

Susan Aitken, Leader of Glasgow City Council said: ““The world knows of Glasgow’s standing as one of the great music cities and our ability to put on a show.

“In just four short years TRNSMT has cemented its place as a fixture on our events calendar, bringing tens of thousands of visitors and some of the biggest names in popular music to the heart of Glasgow, all generating a major lift for the city’s economy worth millions of pounds.

“2020 is shaping up to be a historic year for Glasgow. Euro 2020 at Hampden and the gathering of world leaders at COP26 will again underscore our international reputation for vitality, vibrancy and hospitality. TRNSMT will no doubt play its part in what will be a memorable 12 months.

“Between now and July the Council will be working closely with organisers DF Concerts, other partner authorities and, of course, the local community to ensure that visitors and Glaswegians alike can enjoy and benefit from TRNSMT.”

Revealing only a selection of names set for TRNSMT 2020, with more to be revealed across the Main, King Tut’s Stage Powered by Utilita Energy and Queen Tut’s stage - it’s another blockbuster weekend in the UK festival summer that’ll have thousands flocking to Glasgow Green this July.

A report published by Music By Numbers last week highlighted Glasgow summer events such as TRNSMT and Summer Sessions were to thank for the industry boom across Scotland with £431m spent by music tourists in the last year.

UK Music CEO Michael Dugher said: "Our report reveals firm evidence that the British music industry is in great shape and continuing to lead the world.

"The figures are hugely encouraging and show that, as well as enriching the lives of millions of people, music makes an incredible contribution to the UK's economy.

"Live music is now at a record high and continues to draw millions of fans from both the UK and abroad to our arenas and smaller venues alike.