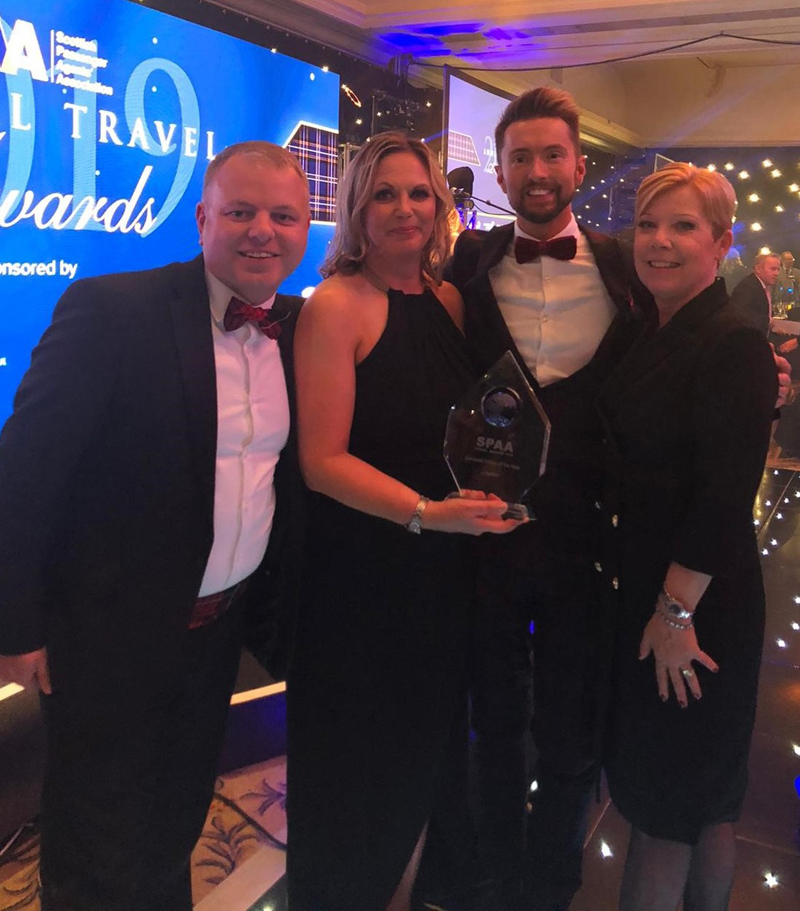 Loganair has been awarded with the coveted title of Domestic Airline of the Year at the prestigious Scottish Passenger Agents' Association Annual Travel Awards (SPAA), in Glasgow on Thursday, 7 November.

Scotland’s Airline has undergone significant expansion this year, adding 29 new routes to its network as well as implementing a number of codeshare and interline agreements with some of the biggest names in aviation.

Now the 5th biggest airline in the UK by number of destinations served, Loganair introduced new routes from Glasgow, Edinburgh, Aberdeen and Inverness this year and recently launched its revamped website and unveiled a convenient mobile app.

Greig White, Loganair’s sales manager for Scotland was also runner-up in the Airline Representative of the Year category.

Speaking about the award win, Kay Ryan, Loganair’s commercial director said: “We’re delighted to be recognised for all the hard-work undertaken by the team, one of the most ambitious periods in Loganair’s 57-year history.

“Our route map, fleet size and passenger volumes have each increased significantly in the last 11 months. Now serving more destinations than ever before, it is an honour to pick up this distinguished award presented by our peers in the travel industry.”

SPAA represents all of Scotland's major travel agents within its membership, working pro-actively to address the issues and meet the challenges of the constantly changing travel marketplace.