Sir Tom Hunter: “Saying ‘thank you’ is worth a fortune” | Glasgow Chamber of Commerce 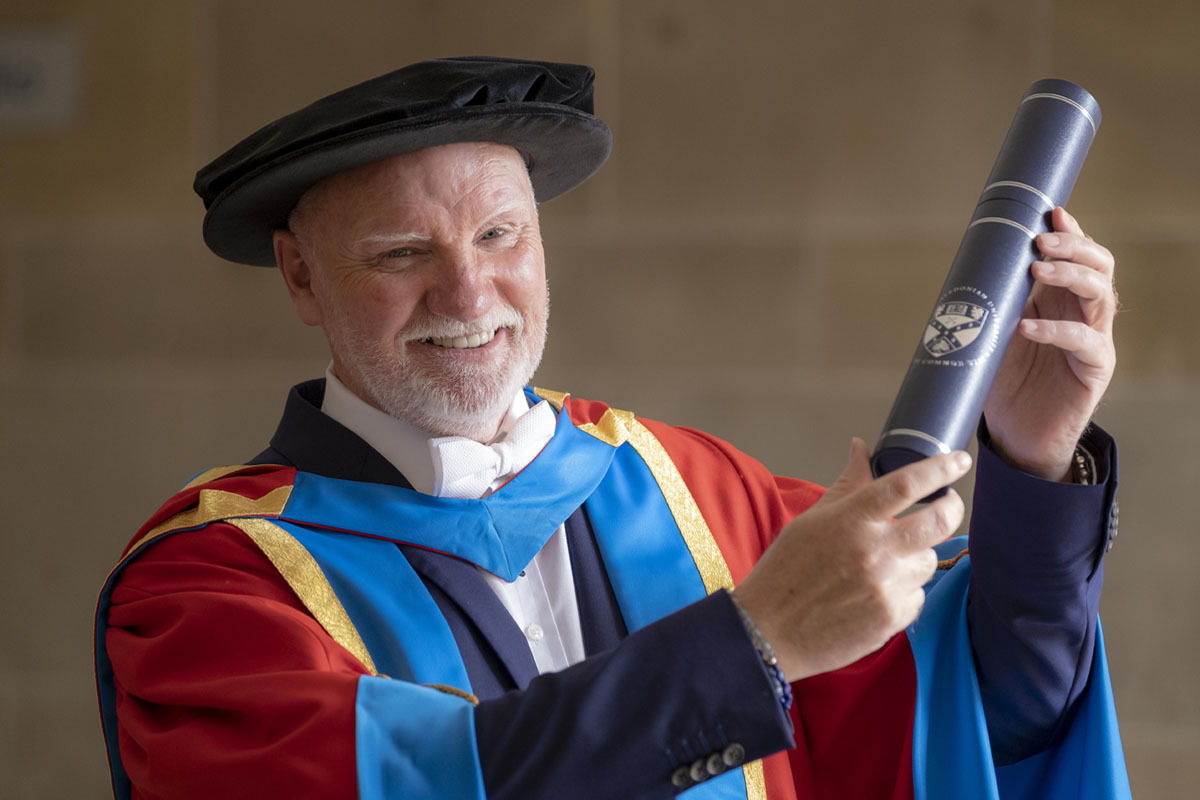 Sir Tom Hunter: “Saying ‘thank you’ is worth a fortune”

Entrepreneur Sir Tom Hunter has received an honorary degree from Glasgow Caledonian University (GCU) for his "extraordinary commitment" to charitable causes across the world.

The philanthropist was awarded a Doctor of Business Administration (DBA) in recognition of his outstanding contribution to charity and his support for educational and entrepreneurial projects through the Hunter Foundation.

Sir Tom's wife Marion, who co-founded the Foundation in 1998, attended the presentation at Glasgow Royal Concert Hall, which took place during the first of GCU's summer graduation ceremonies.

To date, The Hunter Foundation has invested more than £55million in a wide range of humanitarian projects, aimed at reducing poverty, supporting entrepreneurship and inspiring leadership in education.

Sir Tom, a previous winner of the Carnegie Medal of Philanthropy, told students: "As I look back at the crazy life I've had, all the success I've had has only come my way because of the wonderful people I've met on this journey. You simply can't do it yourself.

“My advice to you is to surround yourself with great people. I used to think it was all about me. How very wrong I was.

“Saying thank you costs nothing but is worth a fortune. Quite simply, the world becomes a kinder place. Thank you for this wonderful award, I will treasure it.”

Professor James Miller, Deputy Vice-Chancellor of GCU, said: "Sir Tom and his Foundation embodies the ‘common weal’ which is the underpinning mission of GCU as the University for the Common Good.

"The fact Scotland's first billionaire takes his inspiration from the great philanthropist Andrew Carnegie is something that should be celebrated."

More than 2000 students will graduate at GCU's summer ceremonies, which continue on Wednesday and Thursday at the Concert Hall.