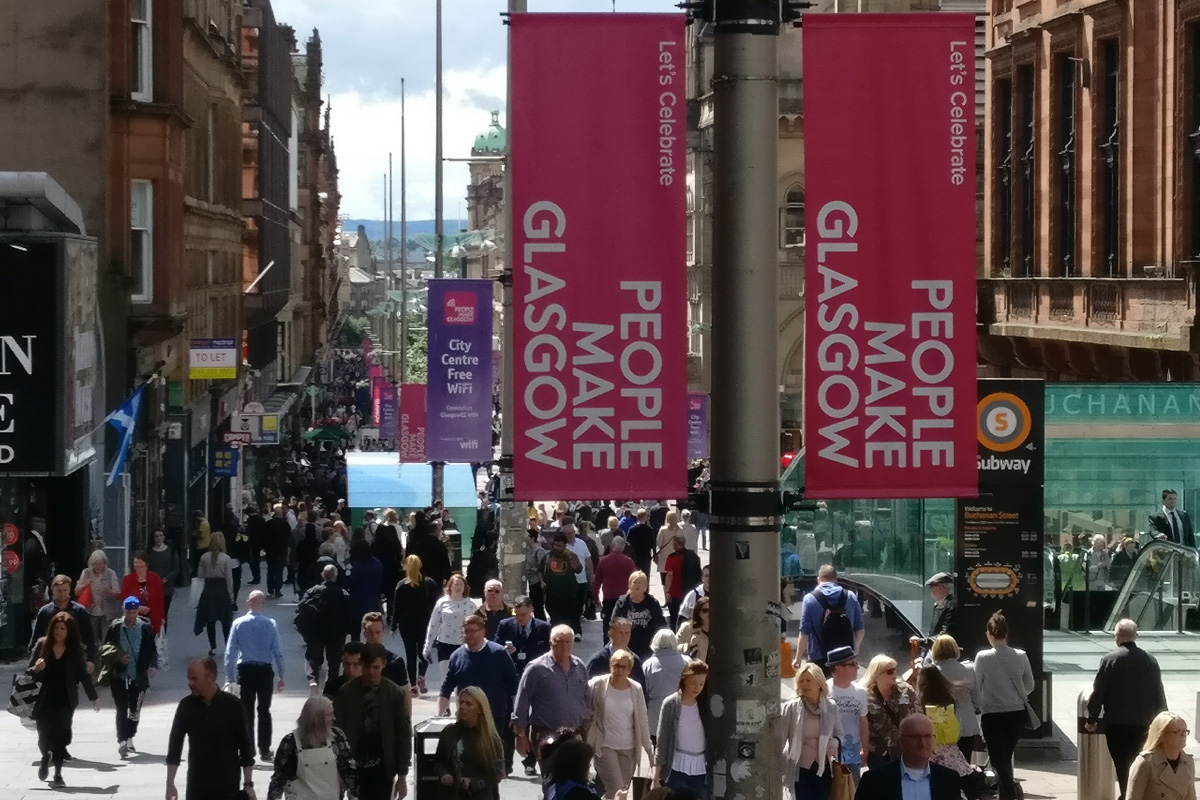 If the latest phase of the easing of lockdown in Scotland, non-essential retailers with entrances directly from the street were able reopen their doors today.

It is the first time many stores have had customers since the Scottish Government lockdown started on March 23, although is was still under strict social distancing rules.

A lengthy queue formed outside Glasgow's Primark store on Argyle Street before 6am, two hours before opening time.

“The Job Retention scheme has been a major bonus in the last three months to help retailers to survive through the lockdown, but a fair number of costs weren’t covered – whether rent, leases or insurances – and we know that from a report by TheCity UK organisation that there may be £50-£60m of unsustainable debt gathering as a consequence of lockdown.”

Stuart told GMS that just over 30,000 jobs were dependent on retail and hospitality in the city centre of Glasgow, and that there were challenges and barriers that had to be overcome such as a degree of caution on the part of customers and public transport restrictions, in addition to loss of demand during the week from many office staff who are currently working from home.

He added: “There may be some initial nerves around customers return, but we’ve been talking to the City Council about the how the whole city centre is going to be reframed to make sure there’s plenty of room for pedestrians to queue and pass by each other. There has been a substantial expansion of pavement space made available.”