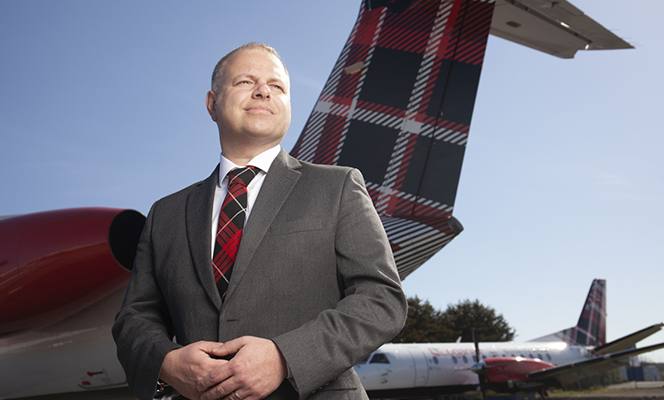 About the organisation: Founded in 1962, Loganair is the UK’s largest regional airline with more than 40 aircrafts going to destinations across Europe, Scandinavia and the British Isles.

Loganair have become the first UK regional airline to take the ambitious step towards managing and mitigating the environmental impact of flying, launching its “GreenSkies” environmental programme which commits the airline to being fully carbon neutral by 2040.

The GreenSkies initiative encompasses an immediate programme of carbon offsets to remove the same amount of carbon from the environment as that generated from Loganair flights.

Loganair is also tackling its long-term goal of introducing sustainable aircrafts into its fleet. The airline has already began live trials taking place on developmental aircraft powered by hydrogen and renewable electricity as the first step to fully converting Loganair’s fleet to net zero carbon emissions.

The new carbon offset programme becomes the first of its kind in the UK to directly relate the cost of flying to its environmental impact. A £1 Carbon Offset charge will be included in the ticket price for every customer’s flight.

By harnessing the collective power of everyone flying with Loganair, carbon neutral flying can be achieved through the offset programme at a practical and modest cost per passenger.

Funds raised through the GreenSkies charge will be invested in projects across the world to remove the same amount of carbon from the atmosphere as is generated by Loganair flights.

These include initiatives such as reforestation projects and wind farms that will replace carbon-heavy coal and gas-fired power stations.

Want to learn more about how our Glasgow Chamber members are committing to positive climate action? Visit our Instagram page for our daily #sustainabilitystories.