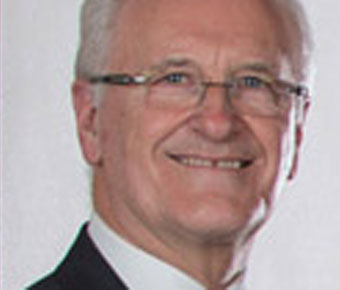 Vic Emery was Managing Director of BAE Systems Warship Division which managed the warship building business on the Clyde and the warship support and sustainment business in Portsmouth. Vic also sat on the operational Board of BAE Systems PLC from 2003 until 2008 and was awarded an OBE in May 2008 for services to shipbuilding. A former Board Member and Chair of Scottish Enterprise Glasgow and also currently a Trustee of the Scottish Maritime Museum. In January 2014, Vic was announced as President of the Glasgow Chamber of Commerce.

In the public sector, Vic became Convener of the Scottish Police Services Authority and Scottish Crime and Drug Enforcement Agency in 2009 until 2013.  Between January 2011 and March 2013, Vic also played a major governance and advisory role in bringing the Edinburgh trams project back on track for completion. In 2012 he was appointed as the Chair of the newly formed Scottish Police Authority – the national oversight body for the single Police Service of Scotland and in July 2014 became the Chair of Zero Waste Scotland.